This product has been discontinued.

The Exotic Mahogany Acoustic-Electric was introduced in 2012 and quickly became our best-selling U•BASS®. Capturing the same upright bass sound the U•BASS® is known for, look no further for enormous low end.

This thing is so much fun! It plays really smooth and can go anywhere. It's a little low in volume without a amp, but by yourself it's fine. 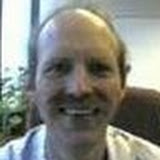 Charles S. Reviewed by Charles S.
Verified Buyer
I recommend this product
Rated 5 out of 5

I have a couple of 34" scale bases, including a fretless that I've had since 1977. I tried some fretted acoustic basses in stores and wasn't impressed. A friend that has one of those told me about the Kala, so I decided to try one. I love it! It plays so easily and sounds so much better than I expected, especially through an amp. I still play my 34" fretted bass, but the Kala has mostly displaced the 34" fretless.